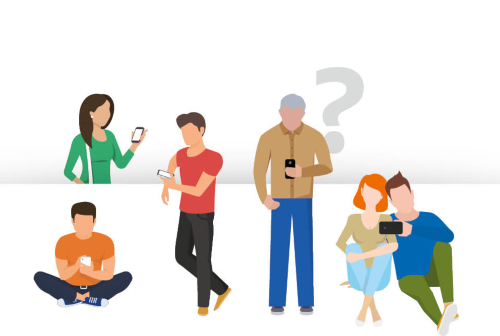 Both government and citizens must do their best

We think it is important for people to be digitally aware . This means that they are know about both the chances and the dangers in the digital world. They need to gain knowledge and experience for this. The government needs to make an extra effort, but citizens must also do their best.

The importance of technology

It will help people if they learn how to use technology. That is called technological citizenship . We will give this technological citizenship extra support in the coming period. We are starting a campaign for all Dutch citizens. The aim of the campaign is for more people to start trusting the digital world and to gain more confidence in the government’s digital services. As a result, they should be better able to stand up for their rights. They will also be able to take part in discussions about the consequences of going digital. For example, discussions about the increasing use of robots and about the effect of ‘smart cameras’ on security and privacy .

We are increasing awareness

Digitalisation creates chances and risks . Criminals use the internet for digital burglaries, for example. The influence of technology is often difficult to predict. That is why it is important to keep learning. Schools have already paid particular attention to going digital, but we need to do more. The whole of society needs to think about the importance and impact of going digital. We make sure that this is a topic of conversation. And we encourage people to learn how to use technology.

Some people are good at only one set of digital skills. We call these ‘splinter skills’ . For example, young people are very skilled in social media, but they sometimes don’t think enough about what happens when they post a message or a photo on social media. Adults are often skilled at internet banking, but they often find it difficult to use new technology. What is easy for one person is difficult for another. That is why we offer different types of courses.

There is already a lot of general information available about going digital. Some examples are:

In 2019, we want to see what has worked well. We will then decide how to continue.

Research into recognition and trust

It is important that people know when a communiqué (an official message) is issued by the government. We will therefore investigate if this is clear. Everyone should be able to know if government websites and e-mails from the government are real. We will also try to find out why people have problems with digital services. I will give you more information about the results in 2019.

Attachment to Digital Inclusion letter to the Lower House – everyone must be able to participate, 12 December 2018 By the State Secretary for the Interior and Kingdom Relations, Drs. R.W. Knops

Digital inclusion: Everyone must be able to participate