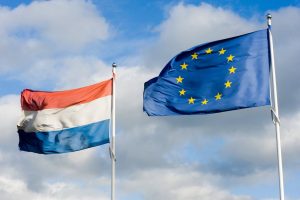 The Netherlands does not stand alone in its efforts to digitalise the government. Many more countries, both inside and outside Europe, have put the matter on their agenda. This offers opportunities.

Digital government from the perspective of NL DIGIbeter

Smart-accessible-personal. The NL DIGIbeter agenda helps the Dutch government with its transformation into a digital government. The NL DIGIbeter agenda is a joint agenda for all governmental organisations. It connects important public and private partners, and cannot be viewed separately from among other things:
• The European agenda for digitalisation of the government and
• Especially, the agreements laid down in the Tallinn egovernment declaration (PDF, 664 Kb).

Digital government from an international perspective

The EU recognizes the importance of the digital government from a social and economic point of view, and seeks attention for cross-border interoperability. The international environment quite often values the Dutch experiences more than we realise. Other countries regard the Netherlands as an innovative country. For those reasons, our involvement is an active one.

One of the European Union’s priorities is the Digital Single Market. This means bringing down barriers and turning 28 national markets into one EU market. Within the digital single market, the digital government must also become more mature, to enable citizens and businesses to conduct their dealings with government organisations across the border more easily.
Within the European Commission, Vice-President Andrus Ansip and Commissioner Mariya Gabriel are responsible for the Digital Single Market agenda. The Commissioners are aided by the
Directorates-General that propose EU policy and legislation and manage the (financing) programmes.
The Directorate-General Communications Networks, Content and Technology (CONNECT) and the Directorate-General Informatics (DIGIT) are the most important ones when it comes to digital government. But other Directorates-General may also propose measures that have bearings on digital government.
The European Commission’s main tools are: legislation, policy and financing programmes. Read more about the European collaboration programmes.

The Ministerial Council and European Parliament decide on matters of European legislation, proposed by the European Commission. Examples of legislation with consequences for the digital government are the Single Digital Gateway, eIDAS, the GDPR (General Data Protection Regulation), and the regulations on open data and government website accessibility. These regulations are directly or indirectly incorporated in national legislation.

The European Commission also develops policies, which are usually presented as announcements. These can also announce legislation. An example of a policy in the area of digital government is the European eGovernment Action Plan (2016-2020).
Policies can lead to ministerial conferences, where agreements can be reached that are non-binding, but guiding. An important example of this is the Tallinn Declaration. This joint declaration was adopted during the ministerial conference for European digital government ministers. The NL DIGIbeter agenda takes the Tallinn Declaration into account.
The policy’s progress is monitored. For the Digital Internal Market, the European Commission has developed the Digital Economy and Society Index (DESI). This index gives an overview of the level of digitalisation in the EU member states. The development of the digital government is visible in the egovernment indicator. It gives insight into aspects such as the use of digital forms by citizens, using authenticated sources to pre-fill forms, the availability of digital services in life events, and the range of open data.
Part of these data is based on the egovernment benchmark, which is carried out by the European Commission on a yearly basis.